One of the biggest advantages of physical activity in early childhood is improved physical health. Children that are more active during this phase of life have better heart health, stronger bones, and an overall healthy body composition. In children that are more physically active, these benefits are seen even more compared to those who are less active.

Several studies have shown a positive relationship between children who are physically active and those who have better social skills. One study compared social skills for a group of 24 children before and after a month of physical activity lessons and found that both boys and girls had improved scores as a result of just 10 lessons.

Another way that physical activity helps with childhood development is that as children are more physically active, their brains develop better compared to those who are less active. One way this is seen is in behavior. It was found that children who get plenty of physical activity tend to have better self-control which indicates mental maturity.

In a preschool and school setting, it’s important for children to focus so they can learn in class. This can be difficult for children as they have a short attention span at an early age, but it’s been shown in several studies that preschoolers that are able to take regular “active movement breaks” throughout the day are better able to stay focused during learning sessions. 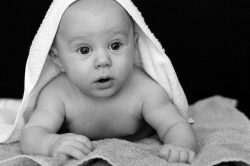 When children are at this impressionable age, they are much more willing to try new things, including exploring different physical activities. Encouraging a child to do as much as they’re able when they’re young means giving them the chance to develop important gross motor skills such as kicking, skipping, throwing, and catching while they are willing and eager to learn.

There is even more evidence to back up the many benefits that come from being active in middle childhood, adolescence, and adulthood. However, the later a person starts being active, the harder it is to make physical activity a habit and to reap the benefits from it. For this reason, it’s important to start in early childhood since children who are more physically active in early childhood have been found to be more physically active throughout their entire lives.