When parents have different native languages, and each parent speaks in his own language with the child, it will learn both languages equally well. This method, called One Parent One Language, requires no effort from the parents. They just act naturally. 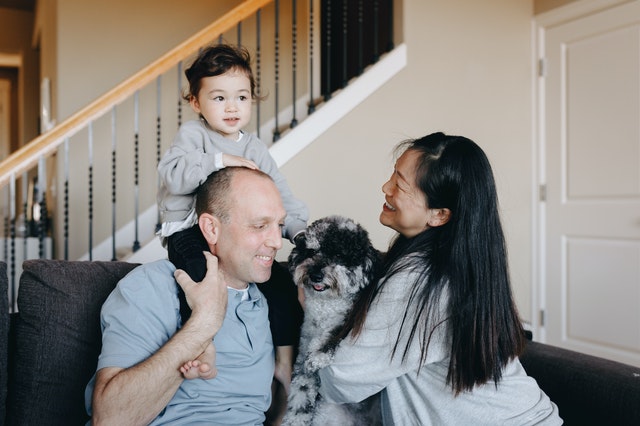 “One Parent One Child” is the easiest method for parents with different native tongues. It’s also great for intentional bilingualism.

One Parent One Language in Intentional Bilingual Education

The parent who speaks his/her second language to the baby should meet some minimum requirements.

To practice strict OPOL, the parent who uses his non-native language must adhere to a simple principle: pretend that he does not understand if the child asks him something in his native language. This is more difficult than it sounds. Parents love their children, and they want to gratify their wishes. Experience shows that parents who succumb to using their native language here and there hinder their child’s development in the target language (but see the next chapter Less consistency, more speakers). The net result of your inconsistency may be receptive bilingualism (child can understand the target language but does not speak it), which is not bad. However, if consistency prevailed, full bilingualism would have developed.

People are naturally lazy, and so even if using both languages is easy for a baby, it is still easier for the child to speak the majority, or community language only. Child cannot recognize future benefits of knowing two languages and it will therefore choose the easy way out.

The first thing that your child will ask you for is pacifier (teat). Personally, I have always refused to understand the majority word for pacifier if my son asked for it. Sounds harsh? My son never ever had a nervous breakdown because of that. He rarely used the majority language word for pacifier. In most cases, he actually corrected himself even before I said „Sorry?“. I never had to say „Pardon me?“ more than once. Another early word is again. Kids want you to do funny things again and again. So they are thrilled when they learn how to say „again“ or „more“. My son sometimes says Czech and English word at the same time: „ještě, again“.

Sometimes the parent just cannot recall how to say a word in the target (minority) language. Dictionary must then be used without shame. Kids are quite patient when it comes to acquiring new knowledge. Therefore they will not scold you or laugh at you just because you cannot tell what it is immediately. When they grow older they will learn that you are using your non-native language. You can then use the dictionary together, and it is actually fun and playful activity to look up words in a dictionary. 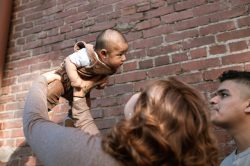 It is also possible for you to use the second language somewhat inconsistently and still achieve good results, or even perfect bilingualism. You may, for instance, speak your second language most of the time, and use your first language occasionally.

your child may develop into a perfect bilingual. Failing that, the child will become a passive bilingual: it will understand but not speak your second language. Still, sound foundation that you laid will make it possible for your kid to become an active bilingual later on if he/she puts some learning effort into it. It is definitely beneficial if more than one person speaks your second language with the baby.

How do you explain to the baby that you use a different language with it and with the other parent?

If you speak your second language with your baby, and your first language with your spouse, you may wonder how to explain this “strange situation” to your kid. Curiously, this is one thing that you do not have to do. Kids just do not care. And not only your kids, but any kids. Adults tend to either stare or control themselves not to stare if they suddenly hear a foreign language. Kids do not. Any time I talked to my son in English on the playground, no Czech children on the playground ever acted surprised or even remotely interested. Of course, once the adult neighbors realize that I rear my child in my second language, they may talk about it at home, and children of those grown-ups may then look at my son as someone special.

Mr. Stefanik, a Slovak who brought up his two children in English, reports that his daughter first realized that daddy speaks to her in a different language than to her mother when she was three and a half years old. He used a white lie. “Why do you speak to me in English, Daddy, and to others in Slovak?”. Father replied: “I can only speak in English to babies.” Later on, when his daughter grew older and wiser, his white lie was uncovered, but his daughter did not resent it since he was able to justify himself by explaining the advantages of the second language and giving her the choice to go back to Slovak (his native language), which she promptly refused.

Categorised in: Language and communications