In this article, we will look at phased languages, language immersion and other bilingual child raising methods. 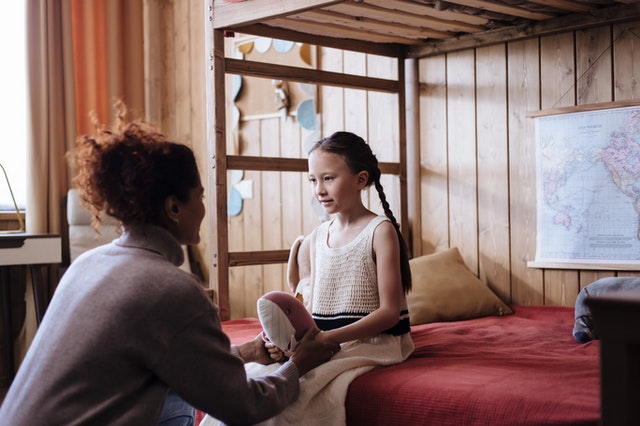 Previously we have learned about OPOL and MLAH methods.

With this method, both parents speak one language to the child until it reaches about three years. By that time, the first language basics will have developed strongly. One parent will then start to use a second language. This second language is usually his/her native one.

The first language should be the minority language. By using it exclusively during the early years of the child’s life, it is able to gain reliable foothold.

Language immersion, specifically French immersion is a form of bilingual education in Canada in which a child who has not spoken French as his or her first language studies in French. Canada is officially bilingual since 1867, and the French minority strives hard to hold back the onslaught of the English language.

Most early French Immersion students, starting in Kindergarten or Grade 1, do all their work in French, except English language arts. Late immersion generally begins in junior high, and is also available in some private schools and preschools.

It is also possible that parents agree on bringing the child in both languages, but do not want to follow any strict rules. Languages are then used according to theme and environment.

This method involves haphazard changing of language and context. Usually, only one parent can speak both languages, and only this parent will therefore switch languages. Instead of 50/50 exposure the baby gets 25/75 exposure. This inequality is further aggravated if the surrounding environment uses the language that gets 75% exposure within the nuclear family.

Read also:
Can We Let Children Play with Toys?

The following is a very common situation: A woman from a poorer country learns to speak a second language and marries a man from a richer country whose native language is the woman’s second language, and who does not speak the woman’s native language at all. The couple will most likely live in the richer country. A Russian, Polish or Philippino lady who marries an American will probably move to the U.S. Such family should not apply the “No rules” method if they want bilingual children. Their children may lose their mother’s language completely. At the very least, they will at some point stop speaking their mother’s language, but continue to understand it. MLAH, PL and OPOL methods are pretty much necessary if the minority language is to stand any chance of survival as active language.

What occurs in such situation is called receptive bilingualism: ability to understand a language, but not to speak it. Receptive bilingualism can occur when a child realizes that they are dominant in a community language over the native language of their parents, and choose to speak to their parents only in the community language. These kids can rapidly achieve oral fluency when placed in situations where they are required to speak the subordinate language.

Besides the OPOL, MLAH and PL methods there are other possible approaches and their mixtures.

These methods impose unnatural strict rules, and are prone to failure, as the child or the parents or both may get tired of these schemes and cease to use them after a few months.

Categorised in: Language and communications

Bilingual Child Raising Methods: Minority Language at Home
Can We Let Children Play with Toys?
A Few Words About Homeschooling
My Child is Not Attentive When I Try to Teach or Show Him / Her Something!