“Maternal and paternal feelings are awakened instantly, if they only look at the child after his birth…” This is one of the main myths that can cause postpartum depression and dissatisfaction with oneself as a parent. Not every adult is able to experience the whole gamut of positive emotions when holding their baby for the first time. And that’s normal. The good news is that it can be learned. 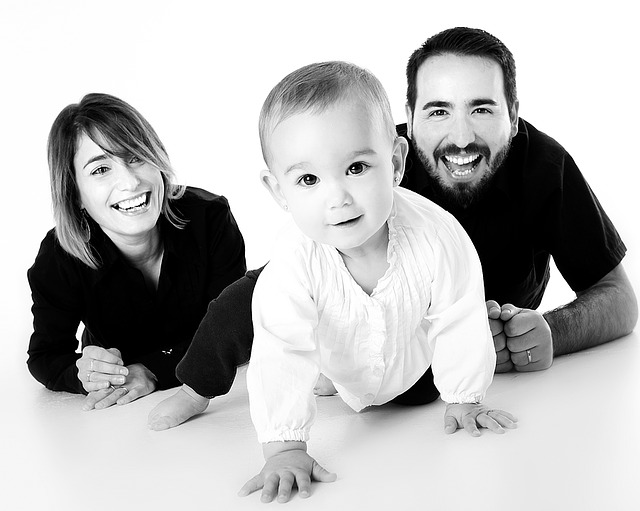 The main assistant will be a baby who is able to “awaken” all the necessary feelings and emotions in mom and dad. Hormones also play an important role. How do they help unblock parental emotions and skills?

During pregnancy, estrogen and progesterone “rule” in the female body. But with the birth of a baby, their level drops, and oxytocin and prolactin take first place. It is they who contribute to the establishment of breastfeeding, and also cause the mother to feel love, care and attachment to the child.

The main role of oxytocin in the life of mother and baby is stimulation of breast milk secretion. It is produced by the hypothalamus and causes a rush of milk, thereby opening the breast ducts. As a result, in response to the baby’s sucking, milk from the mother’s breast flows easily and freely.

But another important function of the ego is emotional and psychological. This hormone is responsible for good mood, feeling of happiness, love and attachment. The more ego is produced in the body, the more calm and confident the mother feels. And the more love he can give to his child. This is especially important in the first months after childbirth.

The first strong release of this hormone into the blood occurs at the time of childbirth. The child is born, it is placed on the mother’s stomach, the first skin-to-skin contact and the very first breastfeeding occur. It is at this moment that oxytocin starts the process of forming a strong emotional attachment to the child, which will strengthen day by day.

A few days pass after childbirth, fatigue accumulates from lack of sleep and frequent feedings. The first joys and delights recede into the background, the young mother begins to cry and cry for no reason. The main reason for this is the hormonal restructuring of the body. It can last from several days to 2-3 weeks. And here oxytocin comes to the rescue again. If the body produces it in sufficient quantity, then the postpartum period will pass faster and in a milder form.

Oxytocin is considered one of the most “capricious” hormones. Many factors influence the development of the ego. To raise the ego level in the blood help:

In stressful situations, adrenaline comes to the fore. It blocks the production of oxytocin, and for a while it may seem to a woman that the milk has disappeared. This is not so, it simply stopped flowing freely from the breast, due to a decrease in the level of oxytocin. As a result, the mother starts to get nervous, worried, and oxytocin is released even less. What situations can provoke it:

In order to resume the production of the hormone of love and attachment, you must first calm down. Think about the baby, take it in your arms, hug it and hold it close. To feel his warmth and tenderness. And after a few moments, a tingling sensation will appear in the chest, indicating an influx of milk. This means that oxytocin is again released in the required amount.

Prolactin “works” in tandem with oxytocin, contributing to the establishment of breastfeeding. If it is released in sufficient quantity, then there will be as much milk as the baby needs at the moment. The prolactin production reflex is triggered at the moment the baby sucks the breast. Moreover, more ego is released at night. Therefore, night feedings are mandatory in the first half of the year. Otherwise, the level of this hormone in the blood will decrease, and the milk will disappear.

In addition to its milk-forming function, prolactin is considered a hormone of maternal love. He awakens the instincts of care and affection. If the mother has a high level of oxytocin in her blood, then love is awakened in her. And if the prolactin level is high at the same time, then this love is directed at the child, and not at someone else.

Prolactin also has a relaxing and calming effect on a woman. Therefore, frequent feedings in the first months after childbirth make the mother calmer, help her rest and sleep better. This smooths the adaptation period and helps to focus on caring for the baby, not on fatigue and lack of sleep.

Oxytocin and prolactin are invariable companions of natural feeding. And if the child is not breastfed, the level of prolactin in the blood will soon drop to “normal” values. How about those who feed a baby with a mixture? How, in this case, will hormones help in the development of maternal feelings and emotions? 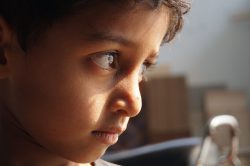 Oxytocin, as it was already written above, has a strong relationship and mutual influence with the emotional sphere of the mother. Therefore, if it is not released naturally due to the lack of breastfeeding, its production can be stimulated. The easiest way is to make maximum use of tactile contact with the child:

Testosterone is the main male hormone. But after the birth of the child, his level temporarily decreases, giving way to oxytocin. This contributes to the establishment of a strong bond and attachment to the baby.

Hormonal restructuring, just like the mother’s, is directly related to the amount of time devoted to the child. The more you take care of him, take him in your arms, establish visual and tactile contact, the more oxytocin will be released. What advantages does it have for men:

Research results show that after 15 minutes of close tactile contact with a newborn, the father’s pituitary gland begins to release oxytocin intensively. In order to help your body to rebuild itself and switch to the mode of “paternity” with an increased level of oxytocin, it is enough to devote at least 1-2 hours a day to the child. It can be:

Many fathers feel insecurity and fear when communicating with a newborn. To overcome them, you need to spend as much time as possible with him alone. Let your wife rest and take some of the worries on yourself. Yes, you will gain self-confidence and strengthen the bond with your baby.

Despite the intensive work of the “assistant hormones”, it may be that an emotional connection and a feeling of love do not appear immediately. This is normal – some parents need more time to understand their new role. The following factors can influence this:

If such a situation happened to you, do not worry and do not blame yourself. You are not a bad parent, even if you do not immediately feel strong emotions in relation to your baby. Give yourself time to get used to your new role. Hormonal restructuring also does not occur at once, so its results are not immediately visible.

The only thing that should alert you is if you feel anxiety, worries, apathy, indifference or irritation towards the child for more than 2-3 weeks after its birth. Especially if these symptoms worsen over time. They can indicate postpartum depression, which often requires the help of specialists to get rid of it. First, discuss it with your loved ones and don’t keep all your feelings to yourself.

Understanding egocentrism in childhood
Greeting a Newborn for the First Time